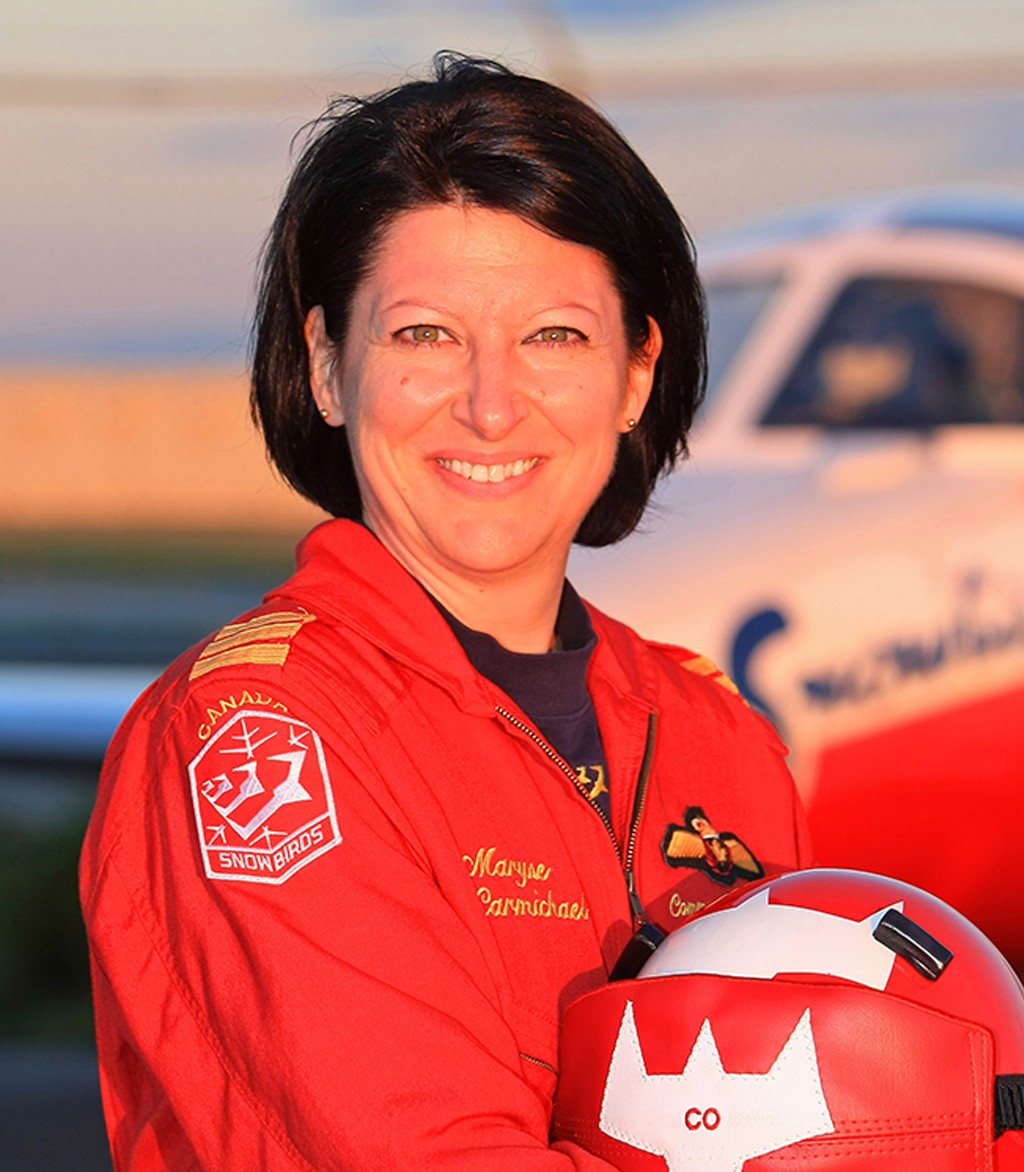 Maryse Carmichael is the first woman to both fly in and command the Snowbirds Aerobatic Team, Canada’s legendary squadron of jets known for its daring feats in the air, arduous training, and highly competitive, elite status. Maryse has been an inspiration for aspiring young pilots—especially young women—for the past two decades. Now, she brings her exceptional leadership skills and profound understanding of trust and teamwork to the stage. These are powerful, motivating talks from a true Canadian icon; one who remains grounded and humble despite her ability to literally soar.

Lieutenant-Colonel (Retired) Maryse Carmichael has been fascinated by aviation for as long as she can remember. As soon as she was able, she followed in her three brothers’ footsteps and joined the Royal Canadian Air Cadets with 630 Squadron, in Quebec City. At age 16 she realized her dream of flying when awarded her gliding scholarship.

Maryse joined the Royal Canadian Air Force in 1990. Over her 22-year career, she accumulated over 3,500 hours on three main aircraft types: the Tutor, the Challenger and the Hercules.

In November 2000, Maryse made history when she was selected, after a grueling competition, to fly with 431 Air Demonstration Squadron, the Canadian Armed Forces’ Snowbirds. She was the Snowbird’s first female pilot; and the first female pilot in the world to fly with a Jet Demonstration Team. Maryse also served as the Operations Officer on 436 Transport Squadron, and as the Deputy Wing Operations Officer at 3 Wing Bagotville. In May 2010 Maryse was appointed as the Commanding Officer of 431 Air Demonstration Squadron.

Maryse has been recognized as one of Canada’s Most Powerful Women by the Women Executive Network and is the recipient of the Elsie MacGil Northern Lights Award, among many other awards. She is also the Honourary President of the Air Cadet League of Canada and currently works at aviation company CAE.